Marble in the Ottoman Architecture

We can see that the use of stone and especially marble is very common in the works left to us by the Ottoman Empire. These stone ornaments have been used in many parts of architectural structures.

Use of Marble in Mosques

Marble materials have been started to be used from the time when the Ottoman Empire was the strongest. Initially, Marmara marble was used, and then other stones such as marbles and granite in different colours were used. These precious stones appear as the main building component, covering material, load-bearing system, or only as a decoration element. For example, in Sultan Selim Mosque where white marble is used, we see that marble is used in the courtyard, entrance door, mihrab, and minbar.

Use of Marble in Topkapi Palace

After the conquest of Istanbul, we can see the most beautiful examples of marble in Topkapi Palace, which was built by Fatih Sultan Mehmet and used as the administration, education, and art centre of the Ottoman Empire for 400 years. Topkapi Palace consists of many sections. For example, in the Kubbealti (underdome) section, the interior walls are covered with marble. In the Babussaade section, the dome with wooden ceilings was placed on four marble columns with ab ion cap. Also known as the Enderun Yard, the courtyard III consisted of a marble terrace and other structures. In the Arz Room (Reception Room), there is still a marble relief with praises written to Sultan Abdulmecid. The exterior of the Enderun Library is covered with marble. The fountain under the domes of Has Oda is made of marble. When entering the Has Oda, a platform of white marble attracts attention on the left. This marble platform was of great importance to the sultans. The coffin of the deceased sultan was placed on this marble platform. When giving these details, we haven’t discussed yet the use of marble in the walkways between the buildings in Topkapi Palace.

Use of Marble in Topkapi Palace

Dolmabahce Palace represents one of the steps of the Ottoman Empire towards westernization. Many architects from Europe and the Ottoman Empire worked on its construction. Marmara marble was preferred in the marbles of this magnificent structure. It was built on a 600-metre long marble dock during construction. Marble was used extensively in the baths in Dolmabahce Palace. The ornament slab of the marble basin is in baroque style.

Instead of extracting the marble until a certain period, construction materials were used repeatedly. Marble building materials were reused from ancient times to the Byzantine period from the Roman period to the Islamic period. Due to this reuse, marble quarries in the nearby regions (Marmara Island, Kapidag Peninsula) were not used effectively especially during the Byzantine period, and materials in previous structures were used. 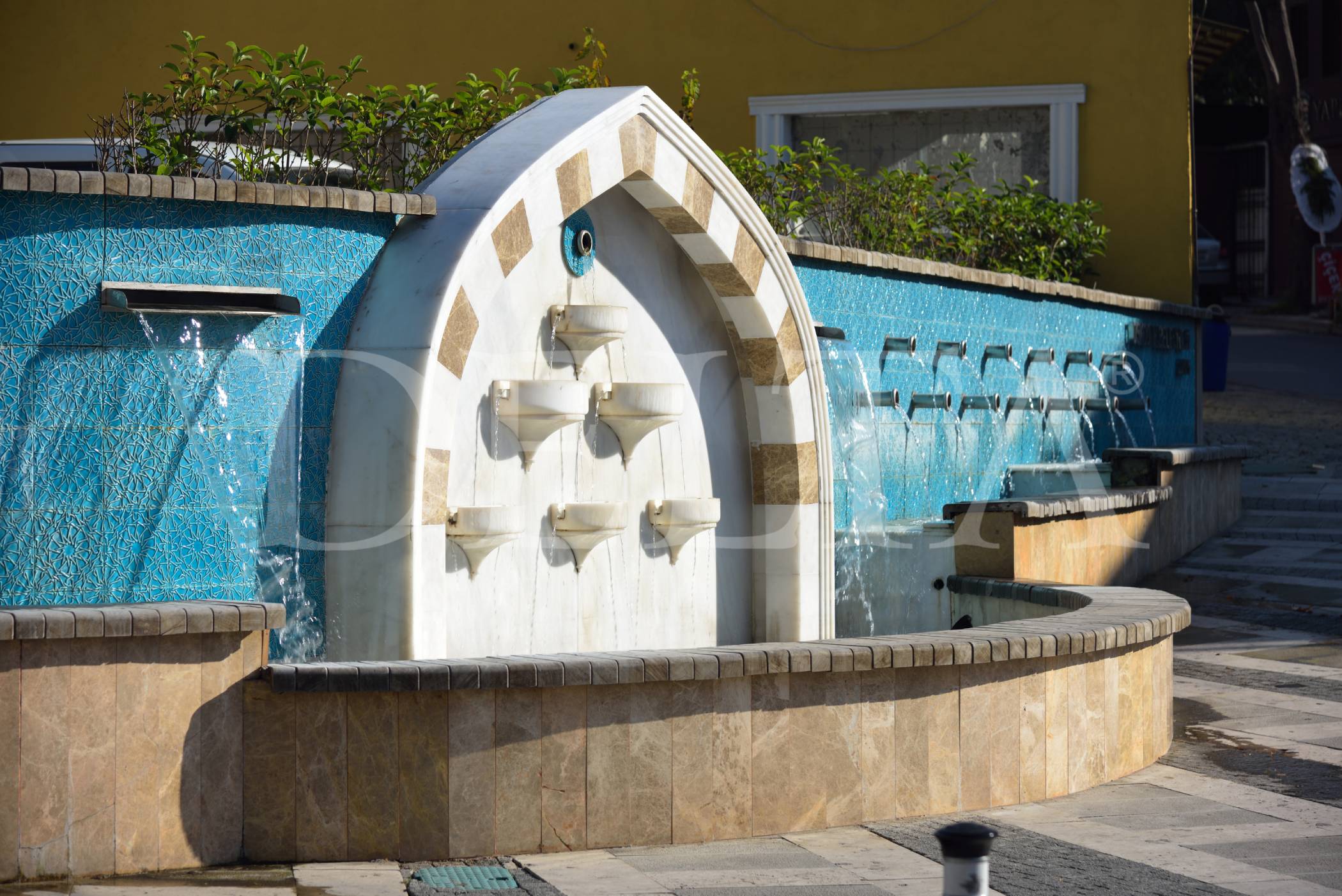 Use of Marble in Tombstones

In the research studies, we see that marble tombstones were very rare before the second quarter of the 18th century and were only used for people in high social class until then. Since the middle of the 18th century, we see that the use of marble tombstones has been increasing and used more frequently by people from different social classes. As a result, since marble material can be purchased by civil servants and merchants with low-income levels beginning from the first half of the 19th century, we can conclude that this material is more easily accessible and its price has gradually decreased.

Use of Marble in Foundations

Robert Mantran’s studies on the history of Istanbul revealed a significant increase in the number of marble fountains built in the Galata district in the first half of the 18th century. The increase in both marble tombstones and the number of marble fountains can only be explained by the re-opening of the marble quarries in Marmara Island and Kapidag Peninsula and their easy and effordable transportation to Istanbul.

Architectural experience from history has taught us, as Delta Marble, what the most beautiful way to use marble is. Please contact us if you would like to take advantage of marble prices.